Two employees charge Health Board chair with discrimination and harassment

Two employees charge Health Board chair with discrimination and harassment

FAIRHAVEN – An independent investigation commissioned by the town to research complaints in the Fairhaven Health Department includes descriptions by two female employees of an angry and out-of-control Health Board chairman, whose behavior, including at public meetings, made them uncomfortable.

The undated report, compiled by Clifford & Kenny, LLC of Pembroke, also includes descriptions of the women’s discomfort with the actions of Chairman Peter DeTerra inside the Health Office.

The investigation, covers a time period between late 2017 and early 2020. It examined allegations of workplace misconduct, discrimination and harassment by DeTerra made by the staff of the health office.

The report, compiled by Clifford & Kenny, LLC, based in Pembroke, investigated the complaints of Health Agent Mary Freire-Kellogg and former Administrative Clerk Amanda Blais. The town approved the investigation in order to determine whether any violations had occurred and what recommendations were to be made.

The document was given to The Standard-Times by attorney Philip Beauregard, who is representing the department’s three employees -- Kellogg, Blais, and Dan Shea. Beauregard has referred to the allegations in open Health Board meetings beginning on July 16.

“There’s credible evidence DeTerra has engaged in a pattern of highly unprofessional behavior. He violated the town’s policy for unlawful discrimination and harassment,” Beauregard said.

Besides the company’s interviews with Kellogg, Blais, and DeTerra, the document cites the investigation’s review of meeting minutes and recorded meetings from 2018, 2019, and early 2020, as well as selected email correspondence between Health Agent Kellogg and members of the Health Board. Additional interviews with staff and board members were also conducted, but those names were redacted.

In the report 53 findings of facts outline accusations by Kellogg and Blais against DeTerra.

Several of the findings spoke of incidents in public Health Board meetings where, according to Kellogg and Blais, DeTerra became “irate” was “visibly out of control” and was described as “red-faced, screaming, and sweating with his eyes bulging.” The incidents further describe his behavior as “assaultive” where he “repeatedly pounded his fists on the table causing a fear response from those in proximity to him.”

Kellogg and Blais in the report describe DeTerra frequently questioning their whereabouts during office hours. Blais states that “on at least one occasion, he called and hung up at least 10 times during Ms. Blais lunch hour.”

Kellogg described incidents in July and August 2019 when she states DeTerra “would regularly drive by her home and would make comments to her about visitors at her home over the weekend or on-off hours.” DeTerra denied in the report going to her home; the report makes mention of him being concerned about violations of the town’s vehicle use policy, both during and after work hours.

The report notes that “there were no allegations that Mr. DeTerra’s conduct was sexual in nature or sexual harassment.”

The investigator concluded that DeTerra violated the Town’s policy against unlawful harassment and discrimination “by engaging in behavior that is intimidating, hostile, and offensive to a reasonable worker and engaging in disparate treatment based on gender.”

A completely redacted portion of the report lists ethics violations against DeTerra the investigator was concerned with. The investigator made no findings with respect to these allegations as they “did not fall within the scope of the initial investigation.” The investigator did recommend town counsel or an independent investigator look into these items.

Recommendations made by the investigator in the report included receiving training and special counseling on harassment and maintaining professionalism, reports of the investigation being filed with the Board of Selectmen and Board of Health, and DeTerra should not be allowed to work inside the Health Office. 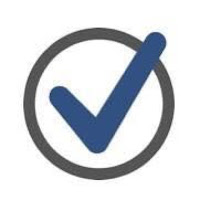 Currently, all sides in this case have sought legal representation.

Several town officials have stated their disappointment over the release of the report, every page of which was stamped “Confidential report prepared for attorney P. Beauregard.”

“From my standpoint, it was supposed to be a confidential, in-house report,” said Daniel Freitas, chair of the Board of Selectmen,

Haworth also said the report should not have been released and that he is commenting on its contents only because it was released by Beauregard.“Normally, I can’t cover personnel issues,” said Geoffrey Haworth, who came onto the Health Board through a vote at the July 30 joint Board of Health and Board of Selectmen meeting, and is currently acting as the main point of communication for the department.

Beauregard stated that he disputes the assumption the report was to remain confidential and said he believes the public deserves the whole story.

Haworth said the report is “skewed and one-sided,” explaining that the investigator didn’t seem to ask DeTerra for motives regarding findings or his side concerning the allegations. “No one asked him why he did some things. The report seems like it’s looking to draw a specific conclusion, no matter what was said or done,” said Haworth.

Freitas, who stated he was asked by the Town Administrator Mark Rees to mediate over these allegations and personnel issues, said he agrees that not enough questions were directed towards DeTerra and that not enough people were given the opportunity to speak on DeTerra’s side. “It’s not a fair and balanced report. I’m not saying it’s right or wrong; I’m saying it’s not fair,” Freitas said.

Haworth, who has known DeTerra since they both sat together on the Board of Public Works 12 years ago, cites “a clashing of personalities,” as well as examples in the report of DeTerra monitoring and/or inquiring into staff’s whereabouts, work practices, and town vehicle use as him attempting to maintain employee accountability. “I don’t think DeTerra was trying to harass anyone. From everything I know, I really think he was trying to get accountability,” he said.

Kellogg also cites a letter dated October 31, 2019 to Town Administrator Rees, one day after she and Blais filed complaint reports against DeTerra. “I understand that the Town Government has no authority over the Board of Health; however, I feel Amanda and myself are employees of the Town and deserve to have a safe, non-hostile work environment. I should not feel abused for doing what I was hired to do,” Kellogg said in the letter.Kellogg said she has sought guidance over the last couple of years from other officials in town, as well as state representatives and fellow people in her field “for guidance about Peter’s behavior and how do I find a way to work with him.” This list includes the town administrator, the Board of Selectmen, past Health Board members, town counsel, health agents and board members in other municipalities, and representatives from the state’s Department of Public Health.

Beauregard said one of the requests being made is that DeTerra and Kellogg have no direct contact with one another at work.

Haworth said that he believes that DeTerra’s “method may not have been the most professional” and “he could have approached things in a different way.” He also confirmed that DeTerra took legal advice and agreed to comply with the recommendations in the report regarding counseling and isolating himself from the Health Office.

“What I can say, from a neutral point, is that DeTerra has done his best to follow all the findings in the report. All the recommendations have been followed,” Haworth said

If you have a workplace issue, including potential unfair dismissal, workplace bullying or harassment issue arising from your current or past employment, please give Workers First a call to discuss your situation and options, FREE and confidentially.
gethelp@workersfirst.com.au | 07 3807 3807 | www.workersfirst.com.au